Sondheim at the Donmar Warehouse

The Donmar Warehouse (one of the finest theatres in the world) has a rich education programme, filled with creative and inspiring ways to bring theatre to young people.

In October and November 2010, Stephen Page (fatkoala images) worked with the Donmar to document a project called "Passion for Sondheim", which engaged 75 young people from across London in a multi-week project to write a musical inspired by the Donmar's performance of Sondheim's "Passion". 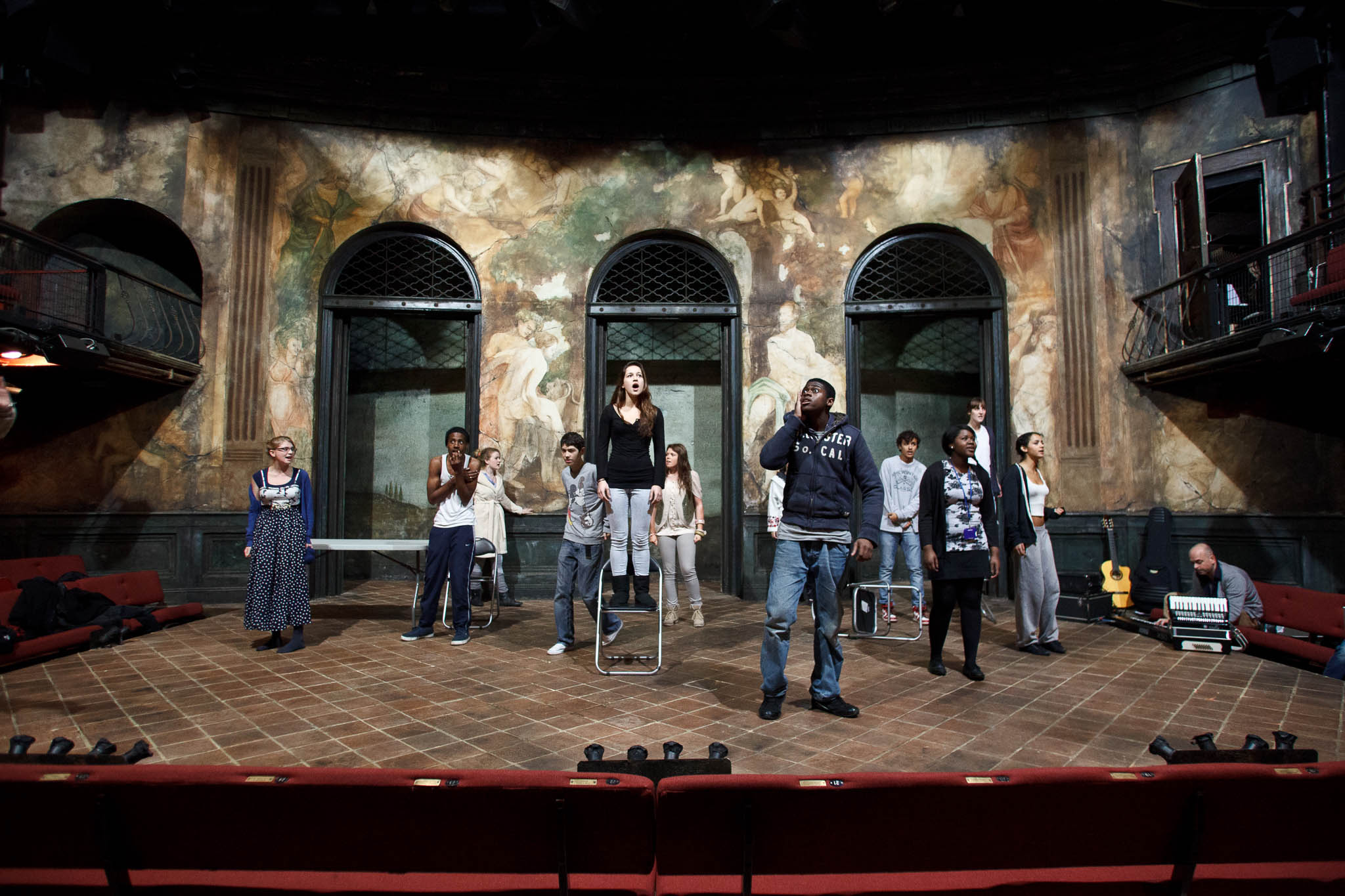 What a fabulous event! The energy and creativity of the participants was amazing - encouraged by the artistic talents of the drama director Abbey Wright and music director Tristan Parkes. We hope these images will help you enjoy this very special project.

The project started in a church hall in Soho, not far from the Donmar. 75 apprehensive young people arrived to learn what was expected for the coming weeks. Three schools participated in this diverse and lively group: William Ellis School, a state secondary school in Kentish Town; West Thames College, a further education college in Isleworth; and BSix College, a sixth-form college in Hackney. 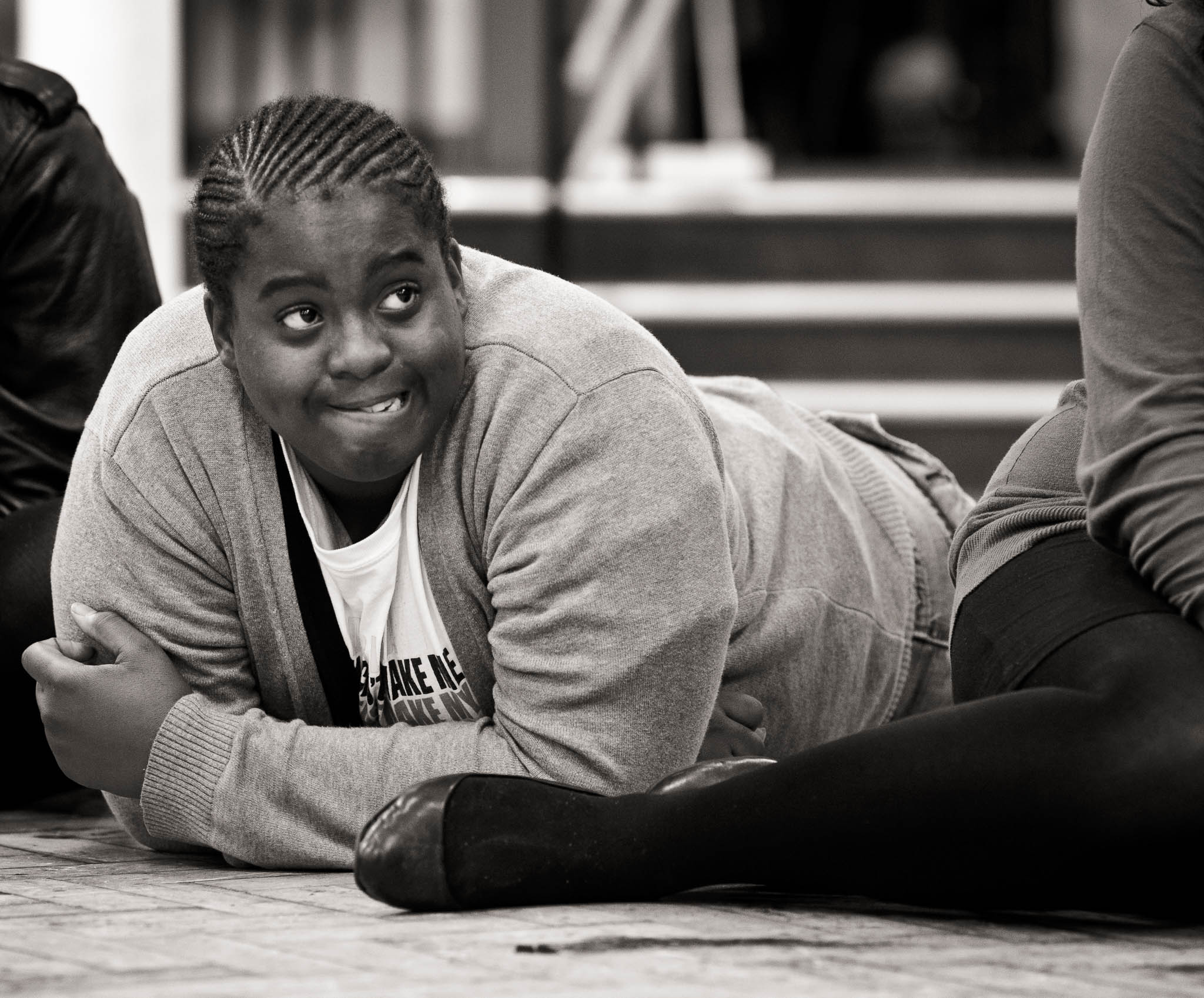 The artistic director throughout the project was Abbey Wright, a former Resident Assistant Director at the Donmar and now a professional freelance director in her own right. Abbey brought tremendous energy and encouragement to the aspiring actors. 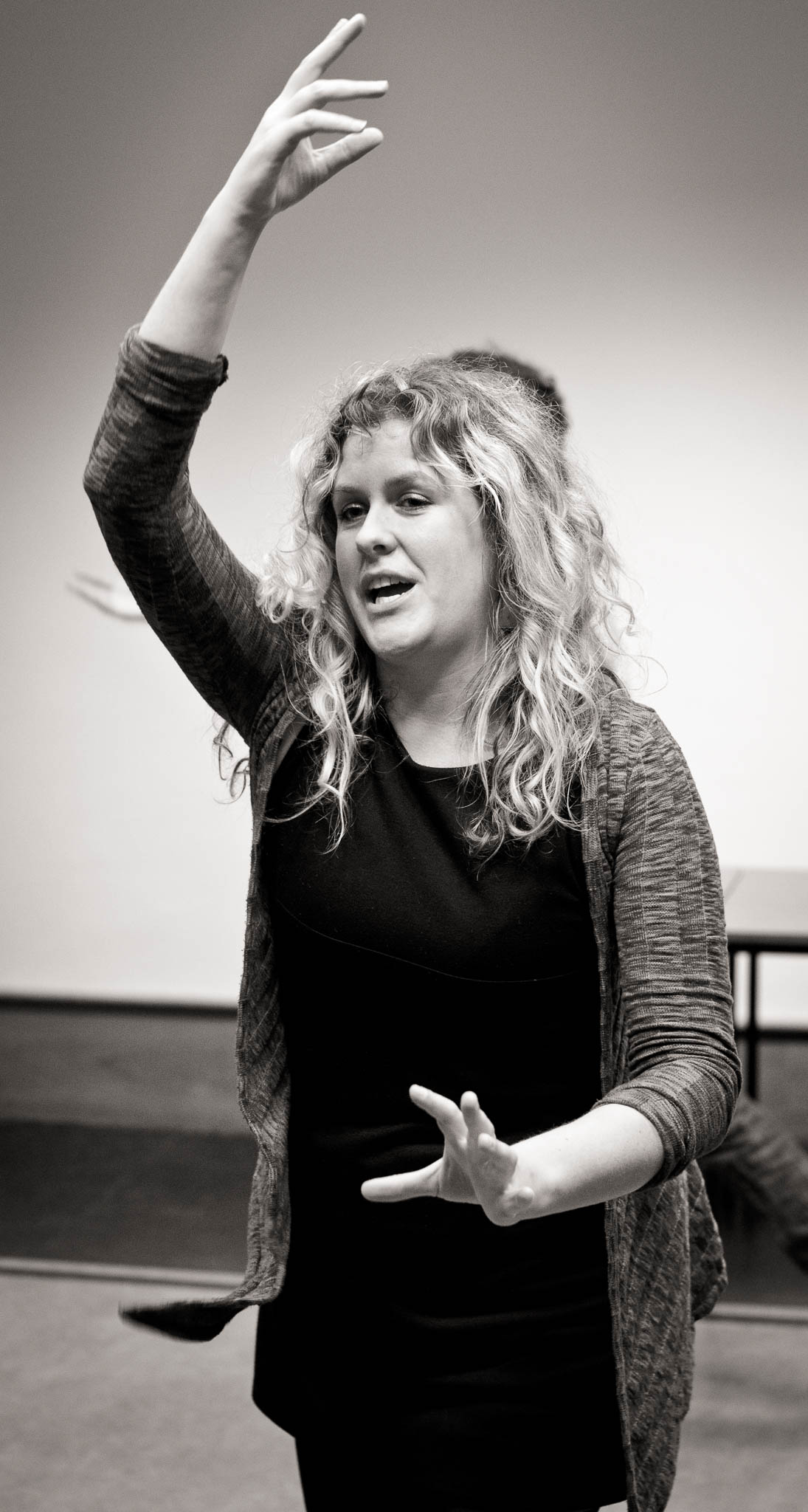 The three schools worked on their musicals, and brought the results back for a combined workshop. Then there was a masterclass where Jamie Lloyd (who directed "Passion" at the Donmar among many other West End productions) coached the participants on acting technique. Finally, after further work back at the three schools, everyone came together at the Donmar Warehouse for more workshops and a dress rehearsal. 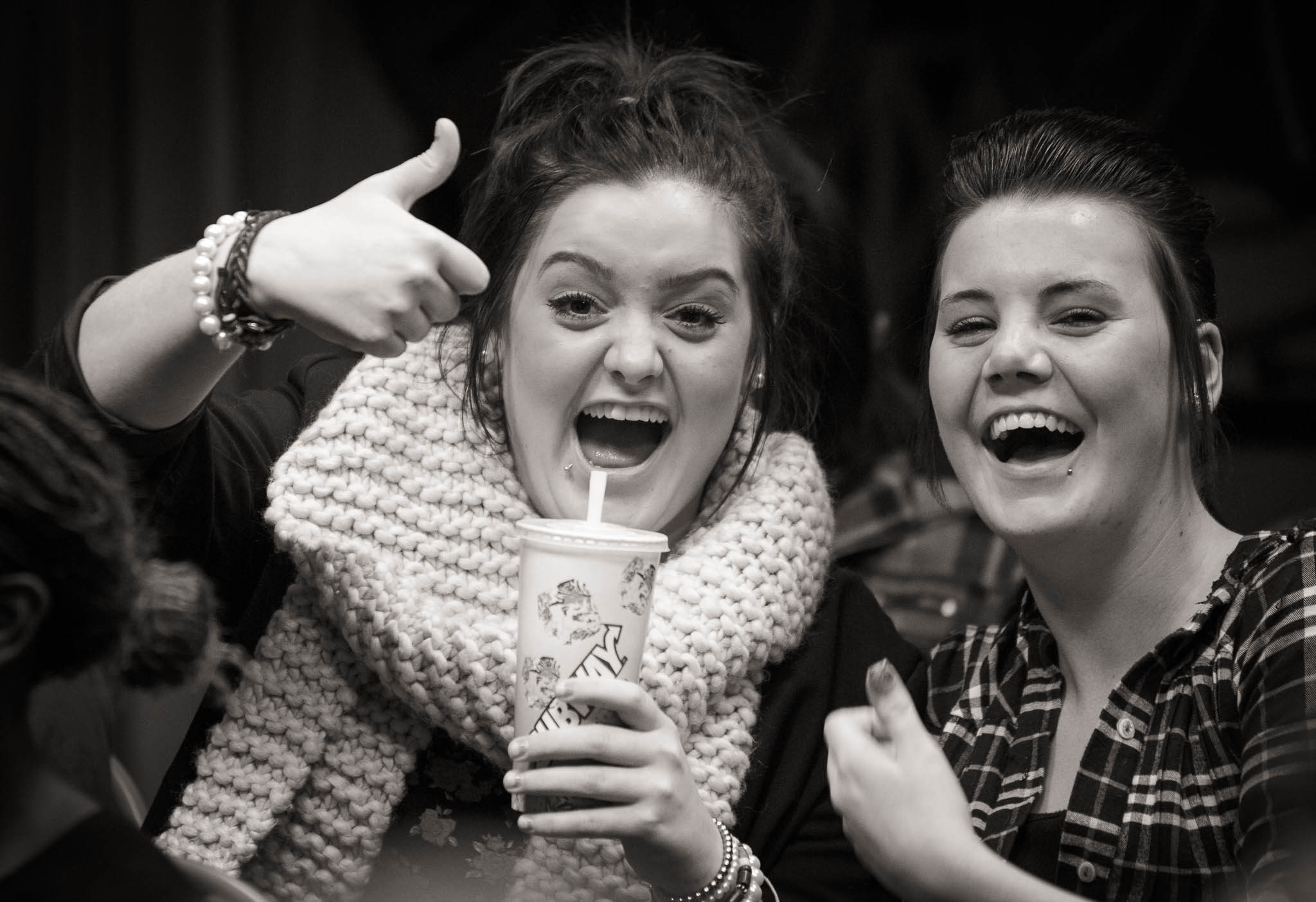 Undaunted by the famous theatre - and inspired by the set for "Passion" - the participants set to work immediately to refine their musicals. The three schools had chosen quite different themes - romantic tension in Paris in the heyday of the Moulin Rouge; love letters from soldiers; and the conflict between characters in a run-down estate. 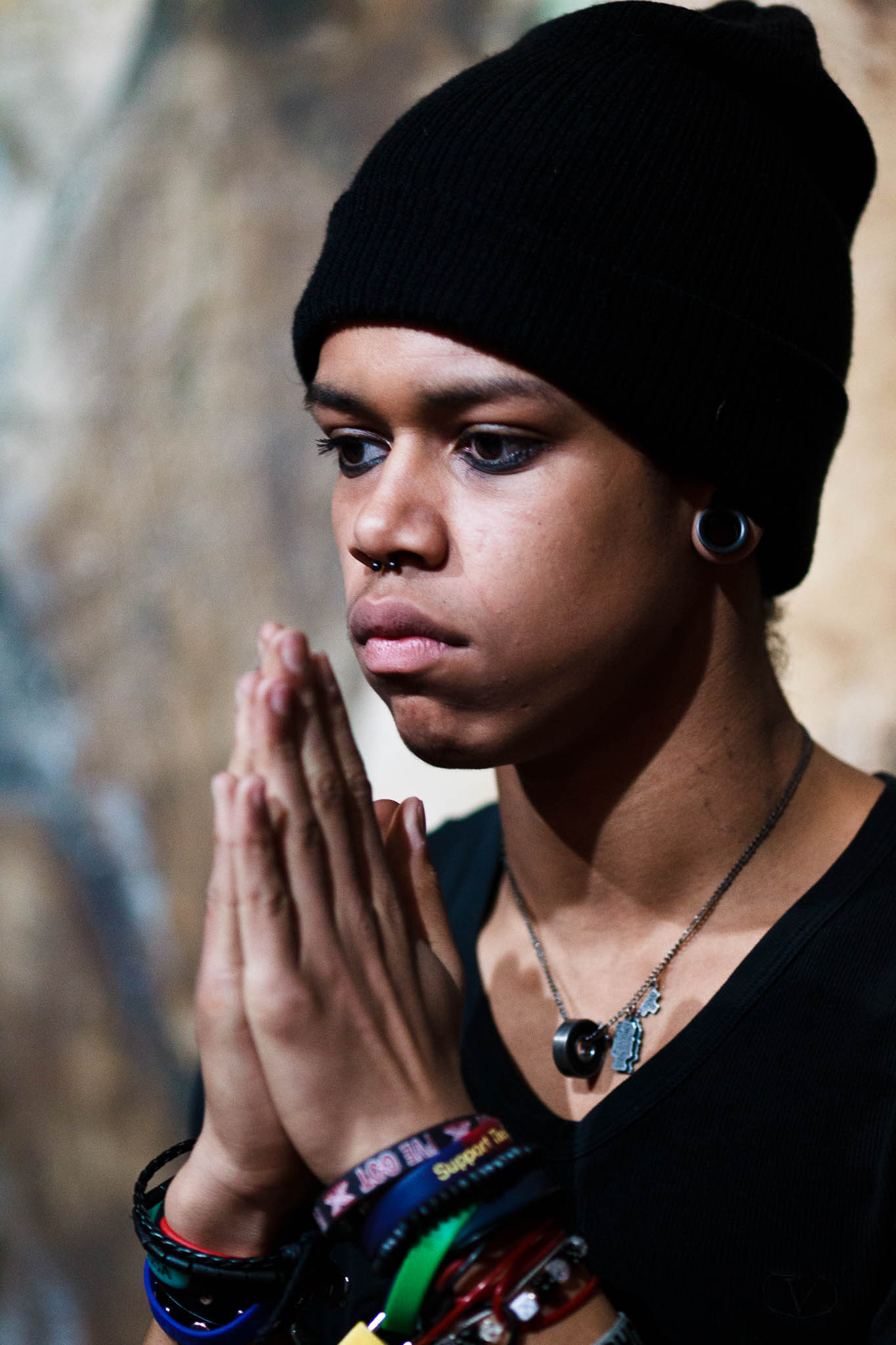 The performances were even better than the rehearsal, with the added "edge" from working with a live audience.

Below is a gallery of Stephen's favourite images from this wonderful event: